34 ESSENTIAL THINGS TO KNOW BEFORE YOU VISIT CHINA

THINGS TO KNOW BEFORE YOU VISIT CHINA 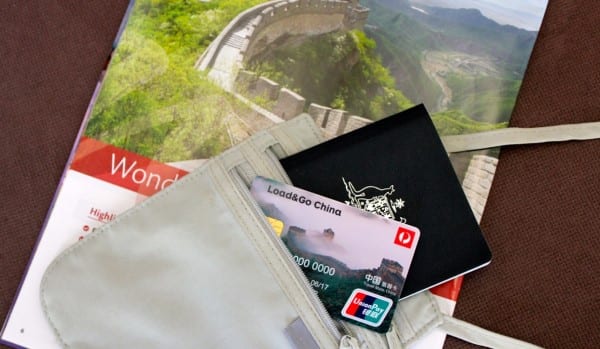 However, for the most part, when you are traveling in China you’ll need to pay with cash!

2. China recognizes only one currency – its own

The official currency of China is the yuan, otherwise known as RMB or colloquially as ‘quai’.

Notes are available for 1RMB, 10RMB, 20RMB, 50RMB, and 100RMB. There are also 1RMB coins available, as well as smaller fractions of known as ‘Mao’ for the Chinese leader who adorns them.

Chinese businesses do not accept any other currency, including the US dollar or Hong Kong dollar.

3. Exchange currency at ATMs in China

While many Chinese banks do not accept foreign cards, larger chains such as HSBC can be used to withdraw local currency from foreign bank accounts. This usually offers a far better exchange rate than services such as Travelex.

International ATMs are available in all major cities but may be harder to find in less tourist friendly areas.

Before you go to China, make sure your bank knows you’re going to be using your credit or debit card over there. You don’t want your card being canceled mid-trip for unusual transactions.

If you need to do your banking face to face, you may need to bring a local to help translate. Very few bank employees will have sufficient English to help you, although in larger cities such as Beijing or Shanghai they should have an English speaker on staff.

The Chinese do not tip, and you aren’t expected to either.

7. Use your haggling skills

Outside of chain stores and boutiques, it’s totally possible to practice your haggling skills. Never accept the marked price or first price offered.

With shrewd negotiation, it’s possible to get souvenirs and such for a fraction of the quoted price.

Tours in China – The folks at Get Your Guide are the world’s largest online platform for booking tours, attractions and activities. To see a list of all their tours click here.

One of the most important things to know when traveling to China is that they do not offer visas on arrival. So before you travel to China you’ll need to arrange your visa well in advance!

When applying for a tourist visa, you’ll need to provide either a letter of invitation from a Chinese friend or relative, or provide a detailed itinerary of your intended trip. This includes return flights and confirmed reservations for your hotel bookings.

Visas can be applied for in person at the Chinese consulate or can be ordered via post.

If you want some flexibility with your itinerary, make use of sites that do not require an upfront payment to make bookings.

Booking.com has over 50,000 properties in China including hotels, apartments, and hostels. You get free cancellation on most rooms. And their book now, pay later at check-in system allows you to lock in that rate with some flexibility. Check current hotel prices.

Chinese sites such as C-Trip require no deposit to book accommodation, and you can cancel without penalty once your visa is approved.

While China is a very safe country with relatively low crime, it pays to be prepared. So one of my top China travel tips is don’t leave home without travel insurance!

If something unexpected does happen and you are not insured, you can be up for a lot of money AND inconvenience. For a small price to pay you get peace of mind – if you can’t afford insurance, you can’t afford to travel.

For American’s, consider a big brand like Alliance Travel Insurance who are a world leader in the industry and trusted by millions (y TravelBlog are ambassadors).

World Nomads also cover travelers from all over the world, and be sure to insure your valuable items such as cameras, laptops etc.

MANAGING YOUR HEALTH IN CHINA

One of the things NOT to do in China is drink the water.

For the most part, tap water in China is not drinkable. Bottled water can be purchased very cheaply at most restaurants and stores.

Chinese pharmacies offer both western and eastern medicine at very reasonable prices. Prescription medication can usually be purchased without a prescription (within reason) by simply providing the pharmacist with your identification.

14. Finding a doctor in China

Chinese hospitals can be crowded and daunting, but most major cities also have specialized hospitals catering to foreigners living and working in the country.

Even in the crowded public hospitals, many doctors will speak English.

15. Coping with air pollution in China

One of the unusual things to know before going to China is that most Chinese toilets do not provide toilet paper. Hotels and nicer restaurants will have it available, but it’s always a good idea to carry a roll of toilet paper or a box of tissues!

Like toilet paper, hand soap is not standard in many Chinese bathrooms. Carry a small bottle of hand sanitizer with you just to be sure.

Interested in teaching English to Chinese students? You can from the comfort of your home (or wherever you are)

18. Get to the airport early

It is advisable to get to the airport three hours early for international flights to China and two hours early for domestic. Chinese airports can often be chaotic and overcrowded, so you’ll be grateful for that extra time.

In my two and a half years in China, I can count on one hand the number of flights that left on time. Be prepared to wait in the airport (or even on the plane) when flying from a Chinese airport.

20 Catching buses and trains in China

China is serviced by a fantastic network of buses and trains, including the high-speed G-Trains that can whisk you across the country in a matter of hours. Rates are extremely affordable by western standards.

21. Bring your passport when making a booking

You’ll need your passport when making a booking, and you can only book one ticket per passport.

22. Make use of local booking sites

Chinese booking sites such as C-Trip and eLong often offer better rates than western booking sites. Be sure to check both when planning your trip.

If this is your first trip to China, you’ll soon see that Chinese roads can be rather chaotic, so self-driving is really only recommended for the particularly brave!

Taxis in China are cheap and plentiful. Most drivers will not speak English, so it’s a good idea to get your destination address written in Chinese by somebody at your hotel.

Chinese street food is delicious and it is everywhere! When choosing which vendor to purchase from, check to see where the locals are dining. If you see a queue, it’s likely to be a safer bet.

The Chinese do not use handkerchiefs and tissues to clear their noses, and instead spit. While this can be a bit confronting when you first visit China, they’re similarly affronted when they see us blowing our noses and keeping it.

China is a crowded place, and the locals have become accustomed to a much smaller personal space than we are accustomed to in the west. Don’t be surprised if you’re jostled or shoved when queuing – it’s just part of Chinese culture.

The Chinese love to take photographs, and don’t be surprised if a local tries to snap a sneaky photo of you or even comes up to ask for a picture with you.

Like in most other countries, it always pays to ask permission before photographing a person or a government building.

With cheap prices and a huge variety of products, it can be easy to go over your luggage limit while shopping in China. Thankfully, it is very affordable to post things home using China Post’s surface (sea) mail.

This can take one to two months but is a very affordable way to get your belongings home.

Shopping streets such as Nanjing Road in Shanghai are a great place to find a bargain, but be aware that knockoffs of prominent brands can be seized at the airport upon your return home.

31. Don’t be shy in restaurants

Chinese waiters and waitresses aren’t as proactive as you may be used to, so don’t be afraid to throw your hands up and call for the fuyian if you want service.

Also be aware that conventional western service is hard to come by. Don’t be surprised if your starter, main, and dessert all arrive at once while your friend still waits for their first dish.

China’s major carriers include China Telecom and China Unicom. SIM cards can be purchased at the airport or at most corner stores, and credit is quite affordable.

Most Chinese SIMs are locked to the province in which they are purchased, so you’ll pay roaming charges when texting, calling, or using data outside of this province.

Even then, the rate is far cheaper than international roaming.

When shopping for VPNs, check that they cover China – as many free options do not.

Get your vPN with NordVPN here. It’s what we use and is fantastic for China.

China’s premier messaging app is Weixin (WeChat in English) and everybody you meet – expats and locals alike – will have it.

Download the free app and set it up, as it’s a great way to keep in touch with locals who may not have social media.

Most importantly, don’t be afraid to get off the beaten track. While Beijing, Shanghai, and Xi’an are worthy of their international fame, there is so much more to China than these cities and their cultural sites.

This is a massive country with a rich history, over thirty distinct cultural groups, and a huge variety of landscapes to explore – don’t limit yourself to the same few sites everybody else visits.